It was like catching stars. As I reached out and wrapped my fingers around the speck of light, I willed it to be real- solid, warm, tingly- any tactile clue that would defy its seemingly transient nature. I focused my eyes on the flickering light, making sure that it was properly encapsulated. Then, like a mousetrap collapsing on its prey, I clenched my hand into a fist, clamping down on the body of light- or what was left of it- on the palm of my hand.

The bead of light unraveled into a delicate thread and diffused like thin wisps of smoke through my fingers. Just like a child’s dream to scoop the Milky Way from the sky with cupped hands, capturing the elusive speck proved impossible. But beautiful things aren’t meant to last. If I could summon the Big Dipper on command, the night-time sky ceases to be a mystical place.

So I let my hand fall to my side and resolved to watch the iridescent pearls dance against a backdrop of darkness. My eyes greedily soaked up the constellation of bioluminescence, focusing on each and all at the same time. I let my body float up amongst the strings of pearls, swaying with the iridescent beads to ocean currents. I was in a galaxy of stars, dancing in an eternal void to music I cannot hear. Suddenly, the lights flicked on and the luminescent pearls vanished into the watery depths as if they were stars at dawn. Disappearing as if they were just a dream. 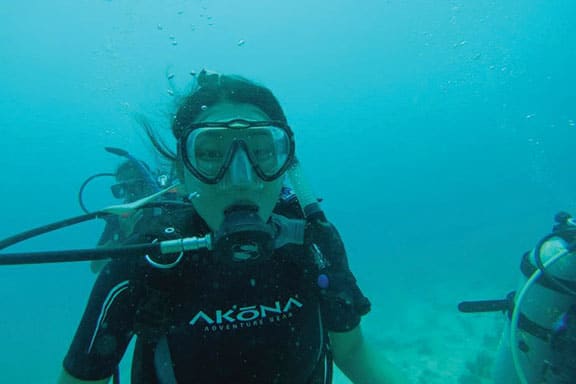